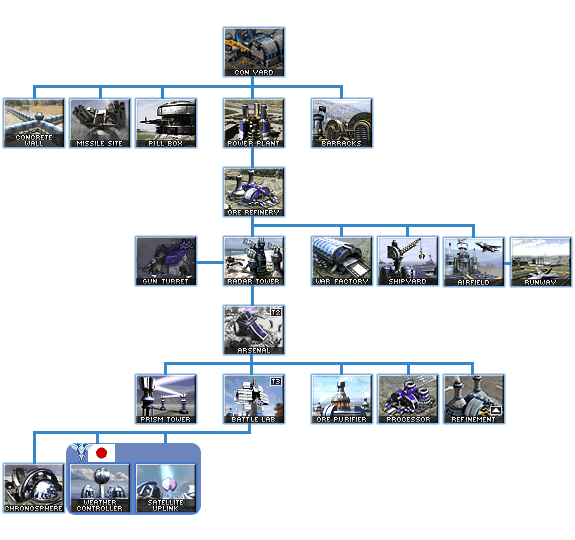 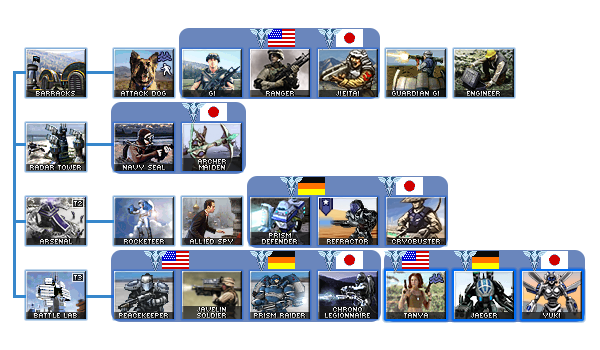 The USA deploys advanced technology that focuses on precise but powerful strikes, most notably seen in their airforce and missile systems. Being part of the Allied Forces they also utilise experimental technology derived from Einstein's research; such as all new sonic emitters and high powered laser systems capable of taking down enemy missiles.

The Japenese specialize in advanced robotics such as their dual mode Tengu Jets as well as weather manipulation, deploying weather towers anywhere on the battlefield. Their scientists have branched Chrono technology into an entirely new class: Cryogenics. Their focus is disrupting enemies with powerful area damage and slow effects.